Whether you are working in the NHS, privately or a combination of the two, we can give you the correct tax and accounting advice to guide you through the various rules, restrictions and avoid the common mistakes.
Contact us today 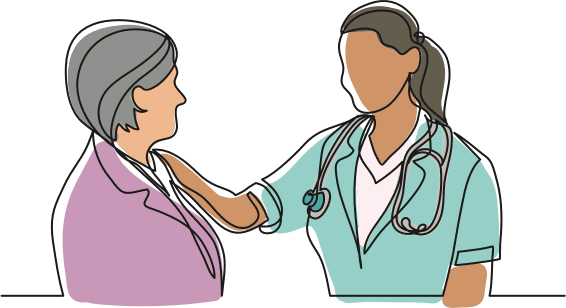 You would be surprised how often the tax codes are wrong

Why can my tax code be wrong?

Having the wrong tax code is always a bad idea

Having the wrong code leads to you either paying too much tax, or paying too little. Both of these are a bad idea because if you pay too little then, in the end, HMRC will coming knocking on your door.

Pay too much tax and you will have to go through the process claim a refund, but also risk running out of time because you can only go back over the last 4 years.

Many people assume, often wrongly, that the employer will know best what tax code to use. In the end it is your  responsibility to ensure the code is correct, which of course is where we can help you.

Whatever the reason for the incorrect code, we are able to check the doctor’s tax code at any time during the tax year. We can talk directly to the revenue to ensure that the correct tax code is being operated. This will ensure that the right amount of tax is paid and no unexpected tax bills arise at the end of the tax year.

Contact us for specialist medical accountancy services for Salaried GPs

I am a GP who works both in salaried and sessional roles. I have been with Nichols & Co for nearly three years. They have helped with my tax returns and can help with the range of different forms required in GP work. Danny and Shadmir have been accurate and efficient in their advice and guidance throughout. They have also been helpful and responsive when I have needed advice on the purchase of a car and also when looking to prove my income in order to get a mortgage. The system for providing income details and expenses is very easy to use and the summary they provide of how and when to pay your tax could not be clearer. I would recommend Nichols & Co to any colleague looking for an accountant with a good knowledge of GP work.

I have employed the services of Nichols and Co accountants since 2016 and I have found their services to be second-to-none.

Mr Shadmir Baig has been my accountant since 2016 and his expertise and timely assessments have really helped in tackling tax matters and my anxieties around them. The advice I have received is always accurate, simple to follow and the response time is simply excellent!

I have always been able to access services rapidly. The firm has an extremely organised reminder system so that deadlines are not breached and for someone juggling a busy job and parenthood this is a huge help. The firm exceeds itself when it comes to friendly and accurate advice. The staff are always extremely helpful.

I am absolutely thrilled with their services and would not hesitate at all to recommend this firm to friends and colleagues.

As a newly-qualified, portfolio GP with lots of different workstreams, the prospect of a self-assessment tax return was rather overwhelming! Debra immediately put me at ease at our initial meeting. 5 years on, Debra and the team continue to make the whole process so simple and are always friendly and approachable. I have recommended Debra to many colleagues over the years. A fantastic service. Thanks Debra!

I am a salaried GP who owns a rental property and locums and Nichols have looked after all aspects of my taxation for several years. They have provided me with valuable advice for which I am extremely grateful and respond to queries competently, thoroughly and efficiently. They have taken the time to educate me on various financial matters which makes filing my self assessment tax return almost effortless. I am always impressed by how speedily they respond to my emails and submit tax returns which enables me to better plan for the financial year ahead. I would confidently recommend their professional, efficient, friendly and reliable service to anyone.