Free consultation with one of our specialists

Why not talk to one of our Medical Accounting Team. We can discuss your circumstances and then explain how we can help you achieve better financial management with a tailored fixed price plan. 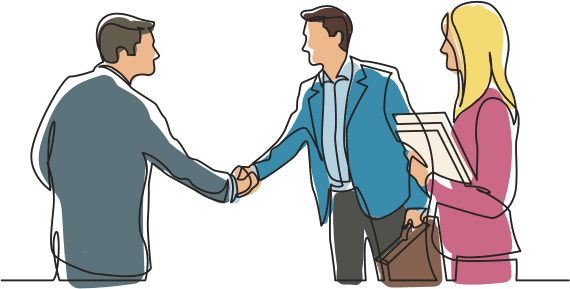 Why you should beware of any Contractor Loan Scheme

Several umbrella companies are still offering ‘Contractor Loan Schemes’ also known as ‘Disguised Remuneration Schemes’ to doctors. Often these arrangements are claimed to be ‘Approved Tax Schemes’ and offer doctors the opportunity to pay as little as 10% of their gross pay in tax and national insurance contributions.

However, the phrase ‘Approved Tax Scheme’ usually means that the tax scheme or arrangement has been approved by a tax barrister working for the scheme promoter. These schemes have never been approved by HMRC.

HMRC are clamping down on these tax avoidance schemes and have made it very clear they intend to challenge any company considered to be actively encouraging tax avoidance.

Remember, if a tax scheme appears to be ‘too good to be true’ it probably is!

If things go wrong then it will be you that is facing the HMRC and instead of making a tax saving you could find yourself with a large tax bill.

You may have been advised to be paid under such an arrangement by an agency or a scheme promoter. Remember agencies are not tax advisers and are unlikely to help you if a tax avoidance scheme fails. They may also not be impartial as they may receive commissions from the scheme promoter.

We will be pleased to talk through the scheme with you and advise you whether it is likely to be acceptable to HMRC.

If you are under investigation by HMRC as a result of being paid through a tax scheme we can help resolve the matter and put an end to the enquiry.

Contact us for specialist medical accountancy services for healthcare professionals

We have received an excellent service since we moved to Nichols & Co. The transition has been the most hassle-free and transparent. They are always very helpful with any queries you might have and have a very good working knowledge of General Practice and are keenly aware of the challenges Practices face within the changing environment of the NHS.

We have been very impressed by the way Nichols & Co continue to deliver the range of services they provide from Accounts to Tax and NHS Pension advice.

At the year-end meetings, the accounts are presented in an understandable format without any unnecessary jargons. We have found Practice consultation and advice on Practice as well as personal tax matters from Nichols & Co specifically helpful.

We would not hesitate to recommend them to other GP Practices.

I am a GP who works both in salaried and sessional roles. I have been with Nichols & Co for nearly three years. They have helped with my tax returns and can help with the range of different forms required in GP work. Danny and Shadmir have been accurate and efficient in their advice and guidance throughout. They have also been helpful and responsive when I have needed advice on the purchase of a car and also when looking to prove my income in order to get a mortgage. The system for providing income details and expenses is very easy to use and the summary they provide of how and when to pay your tax could not be clearer. I would recommend Nichols & Co to any colleague looking for an accountant with a good knowledge of GP work.

I’ve been with Nichols and Co for nearly 10 years with Debra being my accountant. I first contacted them when I received letters for tax arrears due to the wrong tax codes being applied during my hospital jobs.

Debra sorted this matter out and has always provided helpful and honest advice regarding tax matters. She has also helped my wife with her tax returns. I would definitely recommend their services for accounting matters with a special interest in helping doctors with their tax affairs. They are approachable, helpful and efficient.

The reason I was first attracted to Nichols was when I heard Mr Nichols explain the complexities of the Life-time allowance and the Annual allowance changes in simple terms. I have had no regrets using this firm as they are very trustworthy and honest.

They also sorted out my allocation of rental income to my partner correctly which I had been badly advised on before by a very large and well known accountancy firm.

They respond in a timely manner to queries and (politely) chase me up over submitting my tax return details. I would recommend them to anybody in the medical profession.

As a trainee I was very unaware of the tax system when starting work. I was pursuing surgery and it resulted in paying for a lot of courses and locuming to support my journey. The tax system was very complicated and when I went to see Debra as I really had no idea how to start sorting out my tax affairs including correcting tax codes and what the locuming income meant for my current PAYE system and also how I could maximise my tax free amount with subscriptions.
I cannot thank them enough for helping. They really listened to my concerns and needs. I had never thought of getting an accountant until then and had never thought of stopping except for the fairness that Nichols and Co have dealt with me. They’ve taken me to a place where I am now beginning to do my own tax returns resulting in independence. Their ethical approach towards me has resulted in recommending my sister and other colleagues to seek their help. My emails are always answered quickly and appropriately. They are and, in particular, Debra truly exceptional accountants.