Working for the NHS or in the private sector as a Hospital Doctor can be stressful enough without worries about your taxation, pensions and financial affairs as well. We can help you to keep your finances fit and your pension healthy. 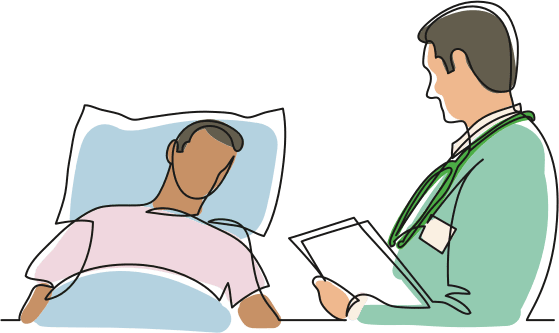 An often overlooked but vital step

This can lead to the hospital doctor overpaying or under paying tax.

Why are tax codes so often wrong?

Does it matter if the code is wrong?

Having the wrong code leads to you either paying too much tax, or paying too little. Both of these are a bad idea because if you pay too little then, in the end, HMRC will coming knocking on your door.

Pay too much tax and you will have to go through the process of claiming a refund, but also risk running out of time because you can only go back over the last 4 years.

How can we help?

Whatever the reason for the incorrect code we are able to check the doctor’s tax code at any time during the tax year. We can talk directly to the revenue to ensure that the correct tax code is being operated. This will ensure that the right amount of tax is paid and no unexpected tax bills arise at the end of the tax year.

Contact us for specialist medical accountancy services for Hospital Doctors

As a trainee I was very unaware of the tax system when starting work. I was pursuing surgery and it resulted in paying for a lot of courses and locuming to support my journey. The tax system was very complicated and when I went to see Debra as I really had no idea how to start sorting out my tax affairs including correcting tax codes and what the locuming income meant for my current PAYE system and also how I could maximise my tax free amount with subscriptions.
I cannot thank them enough for helping. They really listened to my concerns and needs. I had never thought of getting an accountant until then and had never thought of stopping except for the fairness that Nichols and Co have dealt with me. They’ve taken me to a place where I am now beginning to do my own tax returns resulting in independence. Their ethical approach towards me has resulted in recommending my sister and other colleagues to seek their help. My emails are always answered quickly and appropriately. They are and, in particular, Debra truly exceptional accountants.